I want to take a moment to urge you to attend the Vegas Valley Book Festival this week if you have a chance. Some of CSN’s faculty will be highlighted at this event.

CSN Professor H. Lee Barnes, a novelist and short story writer, whom we are very proud to say was recently inducted in the Nevada Writers Hall of Fame, will be on a panel at 3 p.m. on Saturday with English Professor Richard Logsdon, senior editor of the literary magazine Red Rock Review, and Professor Tina D. Eliopulos, staff editor of the Red Rock Review.

Michael Green, history professor and author of Freedom, Union, and Power: Lincoln and His Party During the Civil War and Nevada: A Journey of Discovery will sit on a panel for “Great Characters from Las Vegas History” with RJ columnist Geoff Schumacher, author Jack Sheehan (who was kind enough to conduct our live auction at the 2009 CSN Foundation gala) and veteran journalist Myram Borders at 11:15 a.m. on Sunday. For more information about dates, times and other featured speakers go to: http://www.artslasvegas.org/vvbf/

I  also want to say thank you to the Native American Heritage Committee, chaired by Colleen Trujillo, for planning and implementing a number of great events to commemorate this month.

The kickoff festival included a number of tables showcasing Native American art and craft work, as well as dancers at the Charleston campus on Nov. 3. The music could be heard throughout the campus and attracted curious students and community members.

It was well attended and I think everyone from the children from our day care center who came out to watch Native American dancers to the students who stopped for the pizza and fry bread, learned something new. A special thanks to all those who came out to attend and help put on the festival.

There is a whole month’s worth of great events focused on Native American history and culture.  Please take advantage of the events on campus this month and come to the committee’s scholarship breakfast on Nov. 19th at the Cheyenne campus. 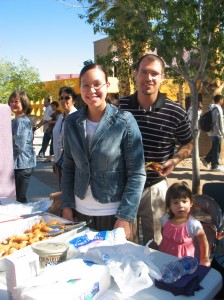 International Education Week is also this month, starting Nov. 16 with a kickoff luncheon at Russell’s.  For more information about what’s happening at CSN this month go to the home page, http://www.csn.edu/, and click on the events calendar.