I hope you are having a wonderful summer and that this June edition of The CSN Chronicle finds you well. As always, there is much news to share.

Actions of the Board of Regents

At its June meeting, the Board of Regents adopted increases in tuition and registration fees beginning in fall 2015.  CSN’s increase is 4%, or an additional $54 a semester for a full credit load of 15 hours. CSN student leaders and the administration jointly developed an expenditure plan to direct revenues to student success initiatives, including:

Operating budget priorities include eliminating employee furloughs ($11.2 million for NSHE), increasing by $5.00 the value of weighted student credit hours in the funding formula ($12.5 million), creating a workforce development fund ($6 million) and a STEM Workforce Challenge Grant Program ($3.5 million), and expanding public medical education (i.e., a medical school at UNLV–$63.5 million). An additional priority for community colleges is a state supported grant program for lower-to-middle income students who qualify for only a minimal amount of the Pell Grant or just miss eligibility for the federal grant program for needy students ($5 million). 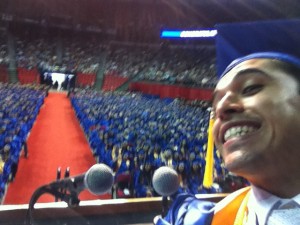 On May 19, a record 2,831 students were eligible to receive 3,194 degrees and certificates, according to preliminary data. This is our largest graduating class ever.

On Tuesday, the interim legislative Committee to Conduct an Interim Study Concerning Community Colleges, which has been meeting all semester long, wrapped up its work.

The committee will draft letters to the full Legislature in support of the following items:

Regarding the funding requests, Assembly Speaker Marilyn Kirkpatrick emphasized repeatedly that there will be limited funds available next session.

I look forward to discussing the committee’s work in greater detail during the Convocation kick off on Aug. 18. 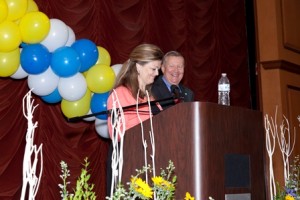 Convocation in August will again be held at Texas Station. The event will take place on Aug. 18. Please RSVP at rsvp@csn.edu. We will announce the recipients for the Excellence Awards and the President’s Distinguished Employee of the Year Awards.

Pick up a Reflections of Success yearbook to learn about the award nominees. The yearbooks have been distributed to campus departments/units and to the various sites and centers. Contact the Communications Office at 702-651-7354 to have a copy mailed to you.

The commission is designed to assist local veterans with reintegration into the North Las Vegas community. It also serves as an advisory committee to the mayor and council on matters related to veterans. 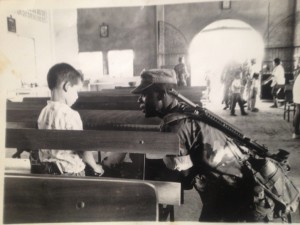 U.S. Corporal Chris Brown in David, Panama, in 1990 as part of a “Christmas in April” event to provide local children with toys, following the December 1989 U.S. invasion of Panama.

Please congratulate Chris when you see him and thank him for his service not only to the City of North Las Vegas but also to our nation. U.S. Corporal Brown participated in combat operations during Operation Just in Panama as a team leader. He earned the Marine Corps Combat Action Ribbon and Marine Corps Expeditionary Medal for engaging enemy forces during riverine and jungle operations. In April 1990, Chris was again deployed for combat, this time to Saudi Arabia and Kuwait for Operation Desert Shield/Storm, earning another Marine Corps Combat Action Ribbon, Southwest Asia Campaign Medal, Sea Service Deployment Ribbon, Kuwaiti Liberation Medal (Kuwait) and Kuwaiti Liberation Medal (Saudi Arabia). Chris was Honorably Discharged in September 1991. In 2014, he received the 20-Year Membership Pin from Veterans of Foreign Wars where he has served various positions to include Post Commander and District Commander. He is a Life Member of VFW Post 1753 and an annual member of American Legion Post #10.

Chris represents a number of CSN folks who are serving or who have served in the armed forces of the nation.

In May, we sent out an email soliciting faculty and staff that are interested in serving on one of CSN’s college-wide or all-college committees. The list of committees here, listing our All-College Committees and contact info for the chairs.

If you would like to be considered to fill a future vacancy on one of these entities, please email CSN Government Affairs & Communications Director K.C. Brekken by July 1 at kc.brekken@csn.edu and identify the committee(s) on which you would like to serve. K.C. will then distribute the full list to all of the committee chairs over the summer. This will help ensure a diverse representation of active participants on these important committees.

Women of Influence
Spring semester flew by, and here’s one important announcement I forgot to make this past semester. Please help me congratulate the CSN 2014 Women of Influence award recipients, which were announced at the Office of Diversity Initiatives and Women’s History Month Committee luncheon at Russell’s Restaurant on April 4, following Women’s History Month. The following CSN students, staff and faculty were selected by a committee of their peers for their commitment and dedication to the college and community:

Our next Chronicle will come out in August and include important information, regarding the fall semester.

Until then, enjoy the summer!