Summer is the perfect time to pick up a book or stop by a library to get in some fun beach reading or escaping to your favorite armchair. The librarians and staff and CSN Libraries were asked what books they would recommend for summer reading. Check out their answers below! If you’re interested, you can find them in our libraries or online!

Classic science fiction story about life on the harsh desert planet that has the most valuable resource in the universe, spice, which fuels all interstellar travel.

The Psychopath Whisperer: The Science of those without Conscience by Kent Kiehl

Researcher Kent Kiehl investigates why criminal psychopaths behave the way they do using brain scans to find the answer. Those interested in criminal behavior or psychology will find it very interesting.

The Lost Kingdom of Bamarre by Gail Carson Levine

Fans of middle grade and young adult fantasy will get delightfully lost in the lore Levine creates for her strong female heroines and intricate fairy tale stories. A prequel to her previous work called The Two Princesses of Bamarre, Levine’s new novel makes few allusions to its predecessor but shines in its complex protagonist who struggles with identity and personality traits that make her both real and human. Reading this book took me back to when I was 12 years old again, devouring fantasy books over summer vacation. While the novel lacks some of the humor of previous tales, the lessons conveyed are deep and pertinent for today’s society. And you’ll likely notice inspiration from classic stories along the way!

In the House of the Seven Librarians by Ellen Klages

When a new library is built in town, the seven librarians working in the closed old Carnegie library lock its doors and refuse to leave. Over time, the forest grows around the building. Their sheltered lives are shattered when someone returns a very late library book and pays with their first-born child.

A 3-mile circle of land in current day West Virginia is transported in time to 1632 Germany right in the middle of the vicious 30-Year War. The townspeople must adapt to having a finite amount of modern conveniences like gasoline, electricity, bullets all the while trying to stay alive and saving others from being slaughtered by the warring factions. Bits of history are thrown in (What King dressed up as a commoner to go help fight the war?) with a great story that keeps you “sucked in” so you don’t want to put it down.

For sitting on the beach with something frivolous, non-mindbending: anything by Debbie Macomber. Her books are formulaic romance. You know how it will end but the fun is in getting there. For those who like psychology, there is usually some “why are they acting that way?

If you loved the recent award-winning film Hidden Figures, here are two new books covering some of the same exciting ground. The Hello Girls is the little known story of how America’s first women soldiers helped win World War I by being masters of the latest technology – the telephone switchboard.

Rise of the Rocket Girls: The Women Who Propelled Us, From Missiles to the Moon to Mars by Nathalia Holt

Rise of the Rocket Girls is the unique true story of the women who worked for the Jet Propulsion Laboratory using their prowess in mathematics to design rockets and bring about America’s first ballistic missiles. 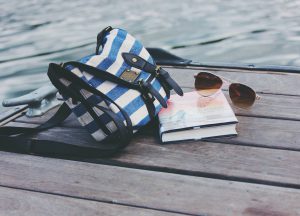